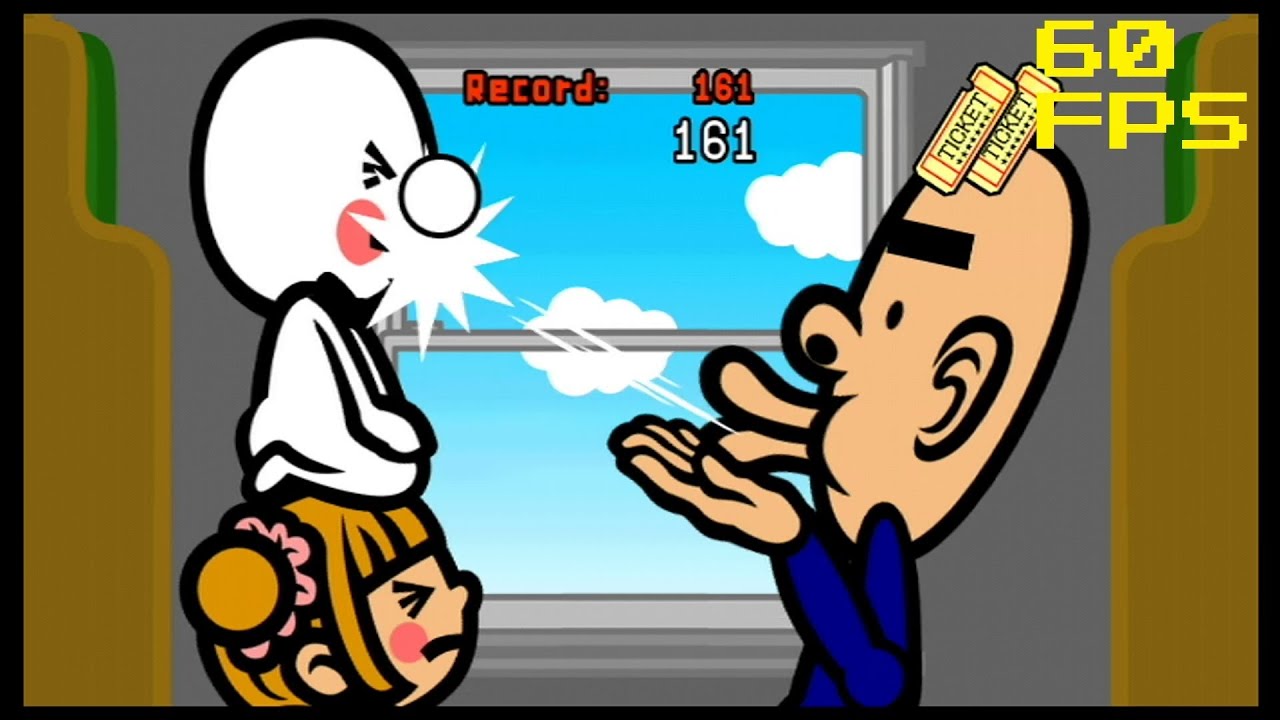 The Munchy Monk returns from his dumpling eating circus-show in Rhythm Heaven (DS) and instead now, chooses to give more than he takes. On a train ride to enlightenment, his new mentor teaches him how to cram as many eggs and peas as possible into a weird little man (hiya, Marshal!)… endlessly!

I think I had a halfway decent run here – check out the cameos from earlier games in the background as the train chugs along!
—–

Feel the beat! It’s Rhythm Heaven Fever! This game is like a musically inclined Wario Ware! Heck, the same guys who made that series worked on this one. Speaking of series, this is the third in the Rhythm Heaven series, but only the second one out of Japan. We got Rhythm Heaven on the DS first, but before that, Japan had… Rhythm Tengoku on the Game Boy Advance.

This game keeps the controls simple with “A” being the major input along with A AND B at the same time for special occasions. You’ll be pressing these buttons to follow the beat in-game in many wild and varied circumstances alongside music that’s incredibly upbeat! Did I mention I like these games yet?

There are lots of fun little secrets and fluorishes that are tricky to keep an eye on when you’re playing it, so this’ll be a fun one to watch at leisure. In 60 frames per second too! I hope you’ll join me in our trip through Rhythm Heaven!
——

This is being played on a Nintendo Wii U, a system backwards-compatible with Wii discs. The Wii U has the same hardware built-in as the Wii. The Wii U will automatically upscale your Wii games based on your selected resolution and output via HDMI in Progressive Scan for a clean image.