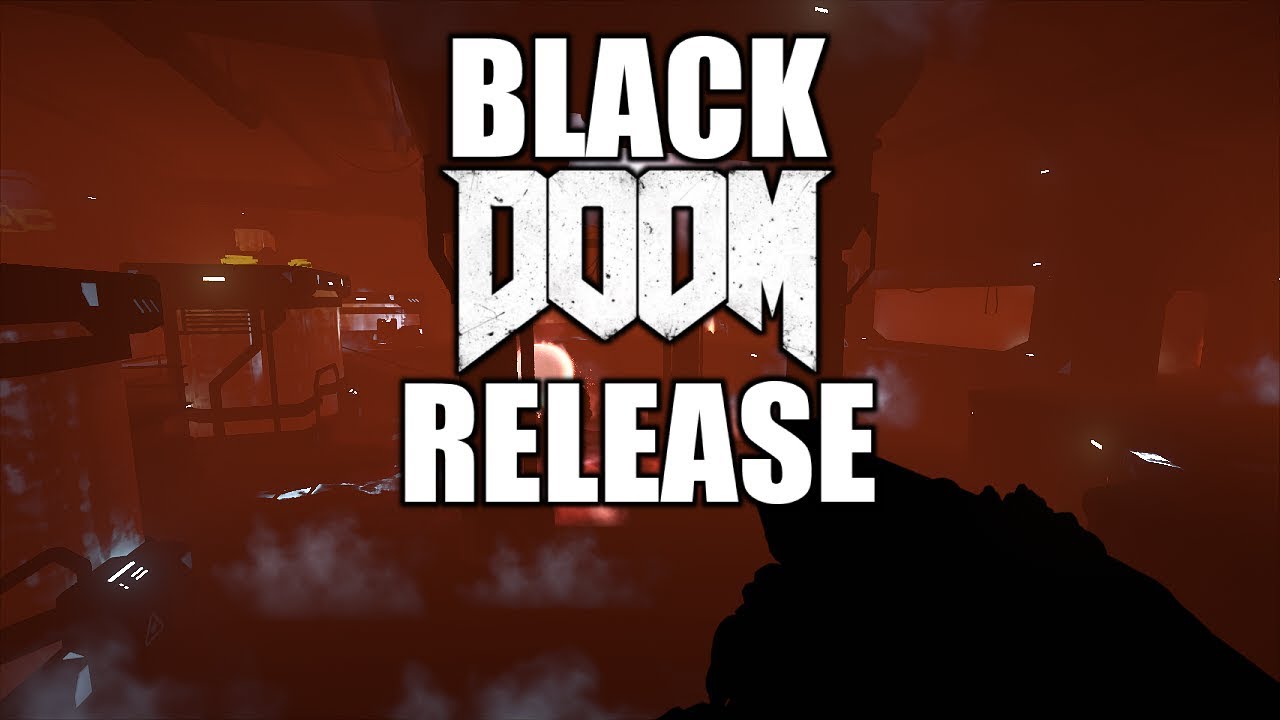 Black Doom 2016 is a mod for the Steam release of Doom (2016), making the game unable to load “mega-textures”, which is what’s typically used for in-game textures.

This perfectly replicates an issue that can occur if you launch the Xbox One version of the game before letting it download entirely.

This makes it much harder to make out enemies and pathways, but therefore maybe also more satisfying when you get it right, which can be a nice change of pace if you’re already used to the default game.

See Nick Robinson’s “DOOM, But There’s No Textures” video ( for a better-edited, in-depth video about how it felt to play with these visuals on console, before this was made available as an intentional mod for the Steam release.

To install this mod, make sure that your copy of Doom (2016) is up-to-date on Steam.

Then right-click Doom (2016) in your Steam library, choose “Properties”, switch to the “Local Files” tab, and click “Browse Local Files…” to open a File Explorer window in Doom (2016)’s installation.

Now you should download DOOMModLoader. Download “Debug.zip” from and extract the “DOOMModLoader.exe” and “ICSharpCode.SharpZipLib.dll” files from it into Doom (2016)’s installation.

After that, make a new folder called “mods” in Doom (2016)’s installation, and enter it.

Download the Black Doom mod from and simply put the downloaded Zip archive into the above “mods” folder. You don’t have to extract it.

Now go back to Doom (2016)’s installation and run “DOOMModLoader.exe”. This will “build” the mod from the “mods” folder and then launch Doom (2016) for you, though you have to check on Steam to click “OK” to launching Doom (2016) in developer mode, which is required for mods to work.

From now on, to play Doom (2016) with this mod, run “DOOMModLoader.exe” whenever you want to play. Doom (2016) crashes if it detects mods but is not run in developer mode.

Please note that this mod only works with the OpenGL graphics API, not Vulkan; see the “Troubleshooting” section.

Please note that developer mode prevents you from unlocking achievements and playing multiplayer. So to do those things, you have to uninstall the mod.

If you are interested in anything about mods for Doom (2016), feel free to join the “DOOM 2016 Modding” Discord server:
But please know that there’s not that much modding going on for this game, so there’s still not a lot going on in that server anyway.

If the game looks just like normal once you’re in-game, not blackened or anything, pause the game, click “Settings”, click “Advanced”, and change “Graphics API” to “OpenGL 4.5”.
THIS MOD DOES NOT WORK WITH THE VULKAN GRAPHICS API, unfortunately.