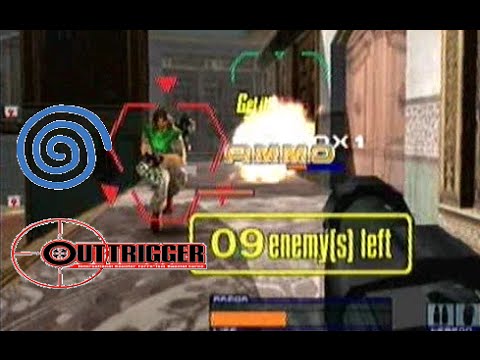 Playthrough of the intermediate training course. Outtriger is a first or third person shooter developed by AM2 and initially released in arcades for the Naomi hardware. A Dreamcast port later followed which had new modes, including an online option…which was cryptically removed from the PAL release. For reasons unknown, most of the Dreamcast games released in Europe had the online modes removed (other games include Daytona 2001).

There is offline multiplayer though for up to four people, and we used to play this a lot. The main problem is the controls -the Dreamcast pad isn’t ideal for first person shooters due to a lack of second thumbstick, and most of the control layouts in the game suck. (D1 is the one we’d all usually use). I did this video using a pad and mouse. I was going to use a keyboard but I couldn’t find it, so the pad had to do.

admin - June 17, 2020 16
Apple store: Play store : Hi everyone ! i have made a stickman game on google play called Supreme Duelist Stickman. My objective for this...